The Box Studios has been recognised as one of the best production studios in Australia, uniting a team of professionals that have spent over a decade in the business. We pride ourselves on being the only company in Australia that operates its own high-end production studio and performs all of the work in-house. We own all of our cutting-edge equipment, giving us the freedom to use or rent our gear and experience to create the best quality of film and audio that both man and technology can give. We can offer you the use of the most advanced film cinema cameras such as Arri Alexa, Red Epic Dragon and the new Red Helium Weapon, as well as the latest drone technology. 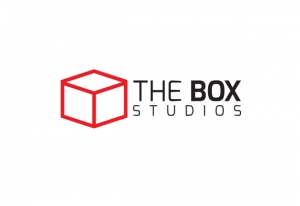 Our services can extend to every aspect of film, TV and video services, from feature film production, TV shows, commercials, music videos, corporate videos and web video production. If you can think of a use for high-quality cameras, lighting technology and expertise, then we can create the best results for your purposes. We also provide grip and lighting trucks, jib/crane rentals, film equipment rentals, and the full use and dedication of our post production facilities to all of our clients. With regards to music videos, we have become the preferred choice for some of the most important labels, known both locally and internationally. We have turned out high-quality footage produced from end to end in-house, respecting deadlines and specifications. Thanks to our team and the best technology available, we can render as fast as any of the best studios worldwide and offer package deals to suit your budget. To contact us, get in touch with our office in Sydney at 0401-762-372, and in Los Angeles at 1-213-412-0541 And, of course, if you prefer email, send a message to info@theboxstudios.com.au

About our Tv Commercial Director 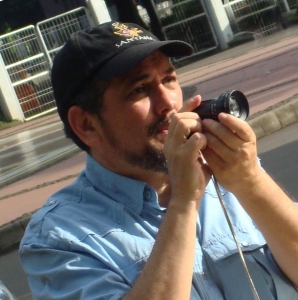 A passionate and innovative, award winning TV Commercial production director with a particular focus on computer-generated imagery and special effects projects, but also the capacity to deliver performances that are real and spoken with conviction; capturing nuances, zaniness and pathos from just about anyone he puts in front of his camera. But that’s not all; Juan’s insight for putting short and succinct messages into moving pictures is also very evident in his work as is his meticulous attention to detail.

Juan offers over thirty years’ experience with a strong balance of creative, technical and people-management skills. His ability to lead a crew on location or in the post studio to their best work fulfilling demanding client briefs results in a style often described as clear-cut and ultra-modern.

Juan has worked around the world in some of the most demanding conditions imaginable, gaining the trust and establishing a truly original look for such clients as Acura, Dodge, Infiniti and Nissan in the U.S.; Buick, Cadillac, Volkswagen and Volvo in China; Suzuki in Indonesia; Lexus in Japan, Toyota in Malaysia and Hyundai and Toshiba in India amongst many others.

At The Box Studios, we pride ourselves on providing the best available production gear and making the most innovative and passionate use of it. We can produce every part of the technical process that goes into creating a high-quality TV commercial, using our variety of products and skill to give you the most fulfilling version of what you have in mind. TV commercials demand the highest production value. Considering their purpose in creating trust and desire in the consumer, we believe your commercial deserves the best quality of technology, experience and the highest level of passion from our team. In our top post production studio facilities, all of your needs will be met with equal skill and determination. On the one hand, there is our cutting-edge filming and production technology, including cameras, audio recording equipment, the latest aerial drones and post-production digital effects. But tech is just one part of what we have to offer. The other is, of course, our team of experienced and proven professional cinematographers. They have over ten years experience in the production industry and can provide end-to-end solutions. What’s more, all of our work is done in-house, which means we will never outsource your project. Whether it is on location or in the post-studio, our team of directors will create a professional yet enjoyable atmosphere, bringing out the best in both the cast and crew. With over thirty years experience in the business, our directors have revealed themselves as innovative and positive leaders when it comes to creating both a good relationship with our customers and making a product that suits and satisfies their creative intentions. Working in some of the most demanding conditions, yet performing to the highest standard, our team have demonstrated their keen attention, vision and skill, gaining the trust of clients such as Nissan in the US, Cadillac and Volvo in China, Lexus in Japan and Toshiba in India, among many others. To speak to us about your project, you can get in touch with our offices in Sydney, at 0401-762-372, or in Los Angeles, at 1-213-412-0541 And if you prefer email, send a message to info@theboxstudios.com.au

Los Angeles and Australian based The Box Studios, finances and produces feature films for broad and diverse audiences.

The Company was born out of a business plan written by CEO Aladdin Yousef, who ultimately agreed to personally finance the Company, which was officially incorporated in January of 2000.

To this day, that plan’s fundamental concept remains the core principal of The Box Studios business philosophy in that the Company integrates the optimal incentives and fiscal accountability of independent filmmaking with the principal assets of a major studio alliance.

The Box Studios is an independent film company in the truest sense given that the Company secures its financial resources independently, thus enabling it to focus on and produce economical, cost-effective content, while offering filmmakers and creative talent a streamlined, non-bureaucratic environment in which to work.

The Box Studios offers the considerable advantages of a truly “independent” film environment while concurrently capitalizing on the most important attribute offered by a major studio, namely: access to a powerful, worldwide distribution pipeline and owning all of its production equipment from light trucks, grip trucks, cameras, lenses and its state of the art post houses. This dynamic combination has allowed The Box Studios to consistently minimize costs, remain nimble, streamlined, and “filmmaker friendly,”

The Box Studios can produce that Big Hollywood film for a fraction of the price. Our multi talented crew have been hand picked to perform more tasks than seen on large budget shoots. This is why we are one of the most in demand indie film production companies. We always utilise the latest technology available to film makers allowing our clients the same technology seen on 100 million plus productions. 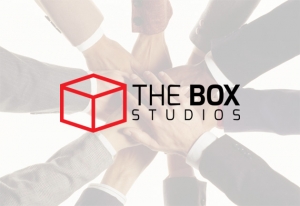