The Future Of Online Video. This is an article from Al Gore for Forbes Magazine.

Al Gore is credited with aptly naming the burgeoning technology of the internet as the information superhighway in the early 90s. But as the web transitions from text and image to video, we’re moving from an information web to an experiential one. As we consume video, whether it’s on Snapchat, Periscope, or Facebook FB +0.20%, we’re immersed in an experience. This only increases further with interactive video, augmented reality, and virtual reality. 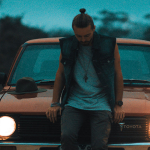 Cisco predicts that, by 2020, 82% of consumer internet traffic will be video and total global internet traffic will increase at 22% per year, making internet traffic in 2020 95 times greater than it was in 2005. Mark Zuckerberg has repeatedly signaled to the market that Facebook is prioritizing video. In a recent interview he compared the adoption of video to that of the mobile web – “Video is a mega trend, almost as big as mobile.” With this transition, we’ll need further investments in infrastructure, hardware capable of managing video, and a toolset that is video-first.

Chris Dixon, a partner at Andreessen Horowitz, captures the transition from text to video well in his Medium essay. “Expect video to get embedded into almost every internet service, similar to how the internet transitioned from text-heavy to image-heavy services last decade.”

When hiring a company such as The Box Studios, your business can engage with a larger audience by creating video content that is relevant to your service.

The Future of online video is closer then we think. Actually according to statistics online video is the number one factor contributing to a company’s increase in sales and long term success. People respond 1000 times better to video then just text on a page. Radio advertising has dropped by over 500% over the last five years and have said the future of online video is now and companies like The Box Studios have grown exponentially in the last five years due to the number of businesses requiring video content.