Music Video Production Sydney is the next step for Sydney artists after finishing their killer new single. Music videos help artists in two big ways: exposure and revenue. Typically music videos in Sydney are produced and released in the early stage of a song’s release cycle. Intended to drive exposure through additional channels for fans to consume whether they’re shown on TV, streamed or played in a public area.

For some artists who have videos with viral appeal they can be a huge driver for music sales and help to build the story to radio. Meanwhile, when brands enter the picture and strategically place products in music videos, it can produce a new revenue stream for the artist while also building exposure for the brand. In a time where music consumption is shifting across various mediums, these partnerships, if chosen well, can be effective for both sides.

Getting your music video production in Sydney has major advantages. Our city has amazing locations that stand out in USA. Music videos shot in America all have a similar look but when trying to impress a US executive, having something that doesn’t look similar to what they see everyday will help you stand out. Although we don’t always want to market our video overseas. In our experience it is better to market your music video in Sydney or Australia or what ever your local city is. It is less competitive and will yield more bang for back in terms of marketing spend or ROI. A localised marketing campaign in your local city will be more cost effective. You will have a better chance to get on top of your local competition. Once you get to the top you no longer need to start from the bottom with international markets, since you are automatically introduced to the top executives through your local label. The Box Studios has a wealth of experience when it comes to Music video production, and has become the go to company for music video production Sydney. 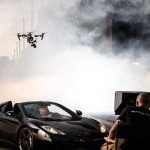